Nobody enjoys a stuffy nose or a tight chest, your dog included. Not only does nasal and chest congestion make breathing difficult for him, it can also decrease their sense of smell, cause coughing and make playtime no fun.

Can Dogs Get Colds or Get Congested?

Yes, dogs get upper respiratory infections just like people do. And they get respiratory infections the same way humans do: by encountering germs. This can occur at boarding and grooming facilities, doggy daycare, the vet’s office, dog parks, or even from dogs passing by and smelling each other through the backyard fence.

How Do You Know When a Dog is Congested?

A lot of symptoms can accompany a dog’s congestion. Take note of anything unusual, as it will help your vet diagnose the issue. Frequent symptoms include:

Let’s look at different causes of congestion in dogs and what can be done to make your dog feel better fast.

Causes of Congestion in Dogs

Congestion in dogs doesn’t happen for just one reason, there may be may things that have your dog stuffed up. Finding out the exact cause will better aid the treatment so that you can get your pup feeling better quickly.

Is it a Nose or Chest Congestion?

Since congestion can happen in a dog’s nose, sinuses or chest, different sounds may accompany different types of congestion.

A mild doggie head cold can often be treated at home.If your dog is having some coughing, sneezing, and a runny nose with his congestion, but is otherwise eating well and moving around normally, try some the following steps first.

Call your veterinarian if your dog’s mild congestion isn’t getting better within 2-3 days. If your dog has more serious signs such as difficulty breathing, a fever, not eating, or a persistent cough, get a vet appointment. Consider it an emergency if your pup’s tongue is turning blue or they collapse. More serious forms of congestions should be seen by a veterinarian.

When Should I call the Vet About My Dog’s Congestion?

With any luck your dog’s mild congestion will get better within a day or two. However, more severe cases might not so you’ve got to seek further treatment. If his coughing, sneezing, and runny nose doesn’t get better after 2-3 days, it’s time to consult your vet.

If he starts to show any signs of getting worse, such as stops eating, runs a fever, or has difficulty breathing, get the next available appointment.

Anytime your dog is having trouble taking in air, it’s a cause for concern. If you notice a lot of open-mouth breathing or belly breathing, see your veterinarian as soon as possible.

Get to the emergency clinic if your dog’s tongue starts to turn purple or blue or if they collapse during exercise.

What Will a Vet Do For Congestion in Dogs?

The first thing your veterinarian will want to know is what is causing the congestion and how long it’s been going on. They will perform an exam complete with listening to the heart and lungs, looking at the throat, and taking his temperature.

Blood work and x-rays may also be done to check for pneumonia, heart issues, and tumors. Your vet may also collect samples of any nasal discharge or phlegm to culture for type of bacteria.

Once your vet makes a diagnosis on the cause of your dog’s congestion, they can make up a treatment plan.

What to Know For the Veterinary Visit

Your vet is going to get a first-hand view and listen to your dog’s congestion, however, they may want to know there are any other sounds associated at different times of the day, such as first thing in the morning or during exercise. They will also want to know how long your dog has been congested, if he’s gotten better or worse, and if he’s traveled or been around other dogs lately.

Also be ready to tell your vet about any other signs your dog may be showing, such as not eating, lethargy, and if other dogs in your household are affected. If your dog coughs up or sneezes a lot of phlegm, you may want to grab a sample to show your vet just in case.

Are certain breeds more likely to be affected by congestion than others?

Brachycephalic breeds, such as Bulldogs, Pugs, and Boston Terriers, are more likely to experience congestion since they are prone to breathing problems already.

What if my dog sounds congested only when sleeping?

Snoring or snorting while sleeping can be concerning and may be caused by different things. Some congestion during sleeping may be due to the position that your dog is sleeping in. If he’s having signs of congestion while he is awake as well, see your veterinarian.

Is it ok to give a dog Benadryl?

Benadryl is safe to give to most healthy dogs. However, you shouldn’t give any medications to your dog without supervision from your veterinarian. 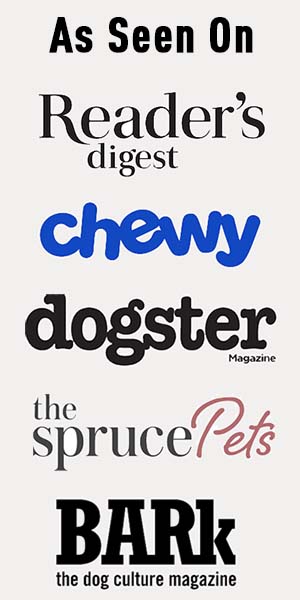