Wondering ‘Exactly how old IS my dog?’ isn’t unusual for the owners of canine seniors.

As this site is all about caring for older dogs, I thought it would be a good idea to add a page that helps us figure out  how ‘old’ our dogs really are.

At what age is a dog considered to be ‘old’?

Because dogs age at different rates, there’s no single age at which Fido becomes a ‘senior citizen’.

Rule-of-thumb says that the last quarter of his life is considered ‘old age’.

Small breeds routinely live to be 12 or 15 years old, so they’re going to be ‘seniors’ by around 9 or 10. X-large and giant breeds may have an average life expectancy of 8 or 9. That means they’re ‘old’ by the time they’re 6 or 7.

We all know the common adage ‘One human year equals seven dog years’… but although that works okay as a ‘rule of thumb’ for an average-sized dog, it’s not accurate at all if you’re talking about small, or large/giant breeds.

That’s because the big ‘uns age much more quickly than their smaller cousins.

Large and giant breeds are very slow to mature, and don’t become adults until they’re two, or sometimes even three, years old (compared to small breeds who can be fully adult at one year).

But big dogs age and decline quickly, giving them fewer ‘in-between’  years. Seniority comes all too quickly to our biggest dogs.

On the other end of the spectrum, small dogs mature quickly, but stay youthful for much longer.

Other things can factor in as well, including diet, overall health, breed-specific traits, general care and more.

Got an older dog of ‘indeterminate’ age? No idea when he was born?
Click here to jump to the clues that can help you figure it all out.

All in all trying to figure out how old your dog is in ‘dog years’ v ‘human years’ isn’t an exact science at all.

To make it a little easier, here is a table that compares ‘human years’ against the estimated ‘dog years’ for small, medium and large/giant breeds.

BUT, what if you’ve adopted or found an older dog and you don’t know much (if anything) about his background or age? How can you figure out how old a dog is in this situation?

Well, although you may never know the whole truth, it is possible to make an ‘educated guess’ at the age of any dog using some of these tips:

Checking out your dog’s teeth is a good way to begin, because they show his true age (to the naked eye) more than almost any other physical characteristic.

Dogs have all of their permanent teeth in place somewhere between 6 and 8 months of age (larger breeds take the longest).

1 – 2 years:  White shiny teeth. Top and bottom incisors (the smaller teeth between the canines or ‘fangs’) have uneven edges.

3 – 5 years: Teeth may show some yellowing or tartar build up. Front incisors will have partially smooth edges. You might see some signs of ‘wear and tear’.

5 – 8 years: All teeth are likely to show yellow/brown tartar build up. Gums may also show color changes near the tooth-line. Incisors may be smooth and worn at the edges.

8 years + : Teeth will clearly show that they’ve been in use for many years. Moderate to heavy tartar build up. Gums may be pink or inflamed. Broken or rotten teeth are possible.

Obviously this isn’t an exact-science!The condition of any dog’s teeth can vary enormously, even in dogs of the same age. Previous dental care, diet, overall health and breed-specific traits can make a big difference from dog to dog.

Use the above as guidelines only.

Puppies have the clearest eyes.. they’re so innocent and trusting.

Older dogs have the same loving and trusting gaze, but their eyes are often not as clear.

As dogs age their eyes often become cloudy and maybe a little dull. Sometimes a blue-ish haziness appears which is normal in older dogs.

Cataracts can give a very white, obviously ‘milky’ look to the eye.

Although a dog could develop cataracts or eye damage the mimics this ‘look’ at any age (due to injury, poor diet, infection etc.) age-related cataracts usually don’t show up until a dog is about 7 years old.

Some breeds have a tendency to develop them a little earlier.

Going gray happens to us all at some point… including our pets.

But also, just like people, some dogs go gray earlier than others.

Bloodlines (ie genetics) and breed type can be factors, as can things like diet, stress and overall health.

Usually gray hairs start to show up around your dog’s muzzle and under his chin first. Then they spread across his chest, neck, ears, legs and feet. Eventually you may even see some on his torso.

Obviously there are lots of other changes that can give clues as to how old a dog is, but the ones above are the most reliable.

Some other things you might notice in senior dogs include:

……that all dogs are different!

Just because some large breeds have an average life expectancy of 8 or 9 years, that doesn’t mean your big dog won’t still be happy and spry at 12 or 13.

Also, although smaller breeds routinely live to be 13, 14, 15 or even older, not all little dogs will be with you for this long. Some very tiny/teacup breeds are very fragile and their tiny hearts and organs aren’t always strong.

Genetics plays a big role in longevity, after that a lot is down to the level of care a dog gets during his lifetime.

A healthy diet, regular exercise, good vet care and lots of love can help your dog live his life to the fullest.

Accidents, injuries and unexpected tragedies are always a possibility, but if you take good care of Fido, you’re giving him the best possible chance of a long, happy and healthy life… for however many years that may be.

Related Article: Our Top 5 Tips to Care for Your Senior Dog
by Veterinarian Alex Crow. 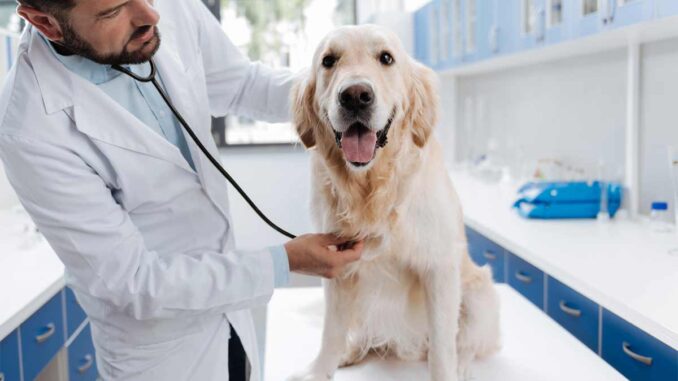